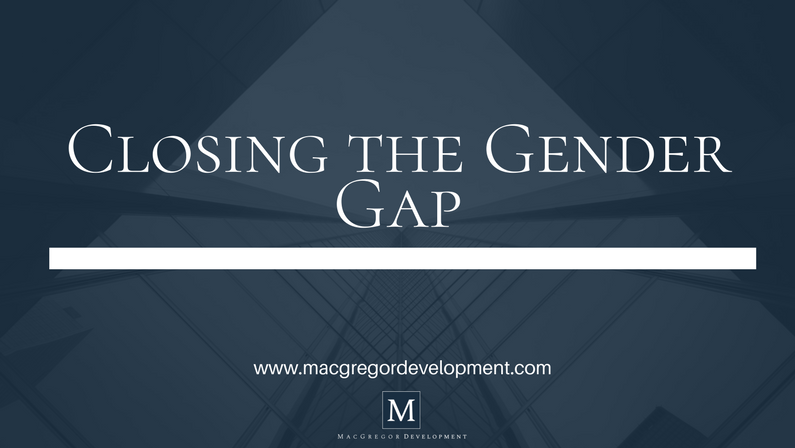 Commercial real estate has traditionally been a male dominated industry. It’s exciting to see a growing number of women entering into different sectors of the industry. Many women have ventured into finance, property management and brokerage, while development remains one of the last sectors where the gender gap is still shockingly high.

The topic of the gender gap in various industries has become more relevant now than ever before. The message for gender equality is resounding with movements like #timesup and #metoo that were started by the big money and famous faces of the entertainment industry. I’m happy to see females with strong voices finally starting to speak up to advance the cause of gender equality across all industries. While wearing all black to awards ceremonies seems to bring attention to the cause, women who dedicate themselves to their career and work hard will be the real heroes of gender equality.

The 2018 Women’s U.S. Olympic team is a prime example of women who worked hard to advance their career, their sport and their passion. American women dominated the 2018 Olympics and set the stage with positive messages about teamwork, hard work and the power of being a female. Two women set the record as the first American females to win gold in cross-country skiing. Other American heroes like Lindsey Vonn and Mikaella Shiffrin also won medals while the Women’s U.S. Hockey team brought home gold.

Unfortunately, the trends of gender inequality are still very real in the corporate sector and are proven by the number of female CEOs leading the Top Fortune 500 companies. Currently there are only 27 female CEO’s leading Fortune 500 companies, and that number is expected to drop to 24 in April 2018. I applaud these C-suite females who most likely clawed their way to the top and I thank them for paving the road for younger women.

To me, the most exciting part of this gender equality movement has been to see women taking action by showing up and working hard.  Personally, I have always been the type of person that believes in proving my worth by working hard and producing the best product possible.

It’s my hope that my daughters and the young ladies of our world will not have a second thought about gender equality when they enter the workforce in any field. They will be able to walk into any job knowing that they are equal to their male counterparts when it comes to how they are treated and how they are paid.